May 26, 2019 by Tamara Spell , in Thoughts and Musings , Simplicity Challenges 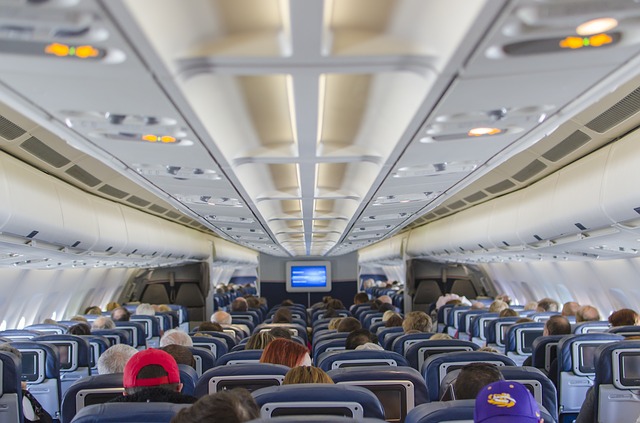 You had to bring along a novel to read… a book of puzzles… a Gameboy (I was a kid at the time, and had a Gameboy with me for most plane and car rides)… or, some other form of entertainment.

That’s because, the plane itself didn’t offer much in the way of things to do.

Maybe there would be a movie… but, it was only ONE movie for the entire plane. So, if you liked horror movies and they played a romantic comedy, you were just out of luck.

Plus, the movie played without the ability to pause, so you might miss a section if you had to go to the bathroom… and, sometimes the plane landed with 10 minutes of the movie left, so you had to make a run to Blockbuster if you wanted to find out what happened in the end.

And of course, in those days, there was one other key difference…

No smartphones. No tablets. No smart devices or Wi-Fi or streaming of any kind!

I don’t want this to turn into one of those posts that rant about how things were better back in the “good old days,” before everyone was busy and distracted with internet and mobile connectivity all the time…

After all, I like my phone and laptop and tablet. They allow me to stay connected to loved ones even when I’m overseas, and to have flexibility in my work schedule like never before.

However, I also believe there are limits… and planes are one of the “last frontiers” in terms of Wi-Fi and mobile reception accessibility.

Nowadays, it drives me nuts when people won’t stop talking or texting on their mobile phones… pretty much right up until the point when the plane is actually taking off!

I hear it all the time…

We’re taxiing down to the runway… the captain or flight attendants have already called for everyone to shut off their phones, or at least put them in airplane mode… we’re facing the runway, and mere seconds away from beginning the takeoff…

“Sorry, gotta go, call you when I land!”

I do understand. I’ve been there before, where maybe something happened at home, and you won’t be able to get in touch for a few hours. So, you frantically try to squeeze in a quick conversation.

And in those instances, phone call and internet abilities in the air can be really helpful!

However, maybe those should be the exception, and not the norm.

After all, how often do you get a chance to completely shut off, without any distractions, and just relax? Even watch a movie or play a game… but, without a distraction from your phone every few seconds.

It’s a rare opportunity nowadays… so, maybe we should take advantage of it and just enjoy the ride. Leave this one, sacred space where we’re not so connected to every little text, email, or social media notification all the time.

Next time you’re on a plane, give it a try, and see how it goes – let it be an excuse for you to not be on-call to return work emails 24/7!

What do you think? Do you agree, or am I just behind the times?

Or, do you have another place that you think should be device-free? Let me know on my Facebook page!