You live or die by your first 16 lines 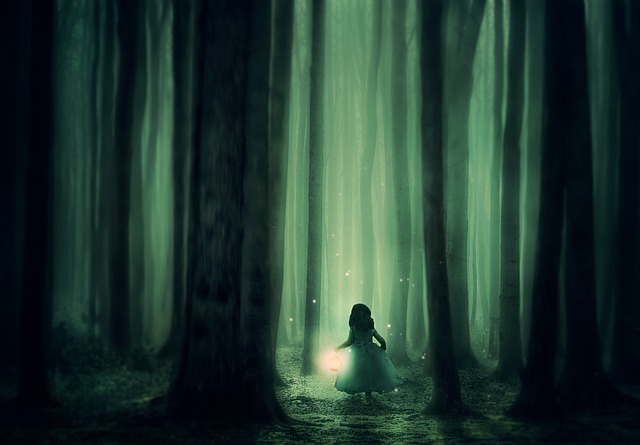 When writing a book—especially your first book as a new author—it can be difficult to get the attention of agents and editors.

And you can’t blame them for being picky. After all, many agents get hundreds of queries per week. It would be impossible for them to read a manuscript, or even just a few pages, from every one of those aspiring novelists.

For that reason, the pitching process has been simplified. In most cases, when pitching your book to an agent, you’ll start with a query letter. This one-page letter has a specific format to follow, and must create interest in your project very quickly.

If your letter garners some attention, the next step is typically looking at the first pages of your manuscript, often submitted along with a synopsis of the plot.

Of these components, the first page of your manuscript—which typically amounts to 16 lines in a Microsoft Word document—is critical. That’s where your project could sink or swim. It’s where the agent can get a feel for your writing style and decide whether or not they’d like to continue reading.

This principle is applicable when your book gets published, too. After all, many readers will try out a book by reading the first page, before deciding whether to purchase it in a bookshop or download it online.

So, your first page needs to be good for two reasons: to get your book published, and to get sales and happy readers after it's published.

But, how do you know what makes for a good first page?

There are a lot of different lists out there about what to include. From a variety of sources, here’s what I’ve found to be the most commonly recommended elements that need to fit into those first 16 lines:

Your first page should certainly introduce your main character. But, they should be introduced the *right* way.

That means, your reader should immediately want to learn more about your character. To spend time with them throughout the length of your novel, and to feel empathy or interest toward them.

Your reader doesn’t necessarily have to like your protagonist. After all, there are plenty of unlikeable characters out there that we can’t seem to stop reading about (Gillian Flynn’s characters are great examples). However, your character should have some interesting or compelling factor that bonds the reader to them, and makes them care about what happens to the character.

Some tricks for doing this include:

Point of view basically means showing through your character’s eyes. Experiencing the world as they experience it. Seeing, hearing, touching, tasting, and smelling right along with them, plus learning of their opinions by the way they judge people and scenes around them.

A rambling omniscient third person POV, with long descriptions but no opinions of the things being described, usually won’t cut it in the world of modern publishing.

Instead, try to show things through your character’s eyes. This is true even if you’re writing in third person rather than first person. For example, The meadow was a vibrant green, dotted with specks of lavender and periwinkle, and surrounded by towering trees, will never read as well as a character’s view of that same meadow, in light of what’s happening in the story.

For comparison: Mike looked around the lonely green meadow, hidden from the world by a ring of trees. He hoped Melissa would still be able to meet him. As he waited, he picked a bouquet of small violet flowers for her.

This is one of the most important components for grabbing attention right away. The most extreme example of this might be an action-adventure book or movie that begins right in the middle of a high-speed car chase.

You don’t really need to be that dramatic, unless that suits your story. However, there are still ways for you to pack some action and adventure onto your first page, no matter what type of book you’re writing.

One suggestion from Donald Maass (agent, and author of Writing the Breakout Novel) is to use “bridging conflict.” This basically means to start with smaller conflicts that keep your reader interested, and lead up to the later, bigger conflict.

For example, with an epic fantasy story, rather than opening with the dark wizard threatening the local community of well-meaning farmers and immediately kidnapping the main character’s partner and threatening to kill them, you could instead start by setting a few minor conflicts. Things such as squabbles between neighbors over land and cattle, especially if they’re already going through a drought and the crops aren’t doing so well. Or, show a scene with the main character and their partner, and make us grow attached to them, so we care what happens later when the partner does get kidnapped.

Or, for romance, rather than launching into the main character’s loneliness right away, you could always start with some difficulties she’s been having at work—a terrible boss, stiff competition, or defining herself by her work so that later she’ll almost walk right by Mr. Right and not even notice him because she's too absorbed in thoughts about the office.

This one is a tough balance. You want to give your readers a taste for where your characters are, and how that location matters to the story. But, 16 lines isn’t a lot of space. So, you only want to give pertinent details with just enough information, but not too much. And, you want to let us know how the surroundings are relevant to your character.

The example above, in the “strong point of view” section, is one way of doing this.

As another example: For a post-apocalyptic novel, you don’t want to start by giving us an overview on what happened to make the world the way it is now. Instead, show your main character in the midst of their daily struggles—scraping together just enough food to feed themselves and their hungry siblings, hiding from radioactive monsters or gangs of roving criminals, etc.

Of course, for stories where the setting is really important (like sci-fi/fantasy that involves world-building, or horror where the creepy graveyard is a crucial part of scaring your audience), you may want to include a bit more detail about the setting. But always remember to balance it with character and action.

A hook basically means, Why do we care?

In other words, why should we keep reading?

There are limitless possibilities when it comes to creating a hook, but if you’ve done these other elements well, then you’re probably off to a great start. Here are a few specifics you can consider…

Genre expectations can be very important. If you have a sci-fi novel, and the first page starts out with just a normal suburban neighborhood with no advanced technology or anything else to tell us that sci-fi elements are there, your readers might be confused. And, they might not read on. If, on the other hand, you start off with robots invading one of those suburban homes, well, then you’ve just created some interest for your sci-fi readers.

Another great technique is to put a character right into a situation that needs solving, with very real danger. A brilliant example I see cited often is the opening of the novel The Martian, which starts off with a bang. A charismatic, witty character tells us his challenge—being stranded on Mars, with limited equipment and failing supplies, and nobody to rescue him—and we immediately wonder how that likeable person is going to get out of that deadly jam.

Your hook could also be a very interesting character, a unique setting or storyline, or anything else that generates curiosity. For more ideas, scan the first page of some of your favorite books, and see what it was that kept YOU interested and reading.

Here, you’ll also want to avoid too much backstory. Trying to explain too much right away can actually slow down your plot and make it less interesting. Instead, reveal a little bit of backstory at a time, enough to create curiosity and keep a reader turning the pages to learn more in a later chapter.

Wherever possible, your first line or paragraph should grab attention right from the get-go. Think of it as an even more compact version of your first page, using one or more of the above elements to spark immediate interest.

How to put it all together

You don’t necessarily have to use ALL of the above elements. And, there are other pieces of advice you might find in your research—other things you could include, that I haven’t listed here.

The key is, you should do what works best for your story.

Because, in addition to including these elements, you want to be sure it’s still a *story*. That means, it should read naturally and easily. It should feel like all of those elements fit in naturally and effortlessly, and the story should move at a good pace.

Sound challenging? It definitely can be. For that reason, I usually end up editing my first page at least a dozen times or more as I write my other chapters. And I edit it several more times after I’ve polished up the rest of my manuscript.

But, done right, it’s worth the effort. I’m hoping that my own first page of The Wondercats will capture the hearts and interest of both agents and readers. I’ll let you know how it goes in the hopefully-not-too-distant future!