How I'm adding more tension to my book 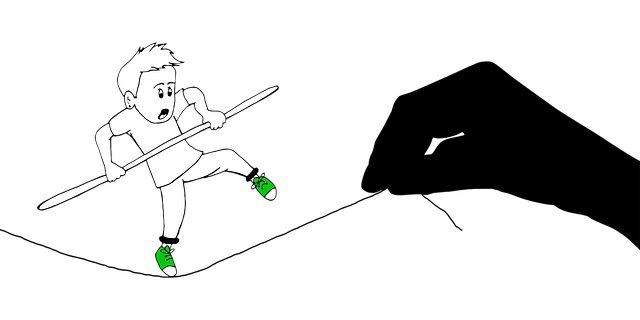 When you write fiction, tension is key…

Tension is the way to keep a reader’s attention, whether you’re writing a full-length sci-fi trilogy, a literary novel, or a children’s book. If your book fails to hold attention, then it’s likely not going to get very many recommendations, or sales. Or even if you’re not concerned with sales — a lack of tension can still be a let-down to your readers, which something that no author wants to experience.

And with this in mind, I’m already considering a change to my book’s plot. Something that will make it more interesting for my readers. But more on that in a minute…

How do you maintain tension? When I mention it, the first thing that probably comes to mind is a story full of suspense — maybe a crime thriller or an action-filled adventure.

However, there are more subtle ways in which tension can be created…

A few items on the list may include the obvious things, such as near-disasters, and cliffhangers. But, they also include things like conflicts between characters, or emotional tension. Knowing something that the main character doesn’t know — perhaps knowing that their best friend is out to betray them, while they stumble into the trap, none the wiser.

And of course, anything that keeps the character from gaining or achieving what they truly want. Any obstacles they must overcome, whether large or small. And when encountering an obstacle, it’s good to increase the stakes… whatever the character wants or cares about the most, must be threatened.

And that brings me back to my reconsideration for my story. Part of the plot centers on the kidnapping of the family’s baby, Lyla, and the cats’ efforts to rescue her while simultaneously learning to control their new superpowers.

Is it a premise that could work? Sure. But could it be better? Maybe…

You see, in the book (much as in real life), each cat has a special “person.” This person is the one they’re the most bonded with. The one they spend the most time with, especially when they want to be petted or find a spot to curl up and sleep for the night near the person they care about. And, it’s the person whose safety they would be most concerned with.

For our narrator Hazel, is baby Lyla her person? No… She’s bonded with Piper, the older daughter of the family.

This makes me wonder if I need to make a big change to the plot. For more genuine emotional involvement from Hazel, who otherwise has a tendency to be very self-centered. Because, to maintain tension, you have to threaten the thing (or person) that the main character cares the most about…

Of course, that’s an overgeneralization of tension, and stories can be infinitely more complex than that. But, I do think that sometimes keeping things simple is good, too. And in this case, I think there genuinely is room for improvement.

I need to “raise the stakes” for Hazel.

So, how do I do that? Here are a few possibilities:

I don’t think this one would work, unfortunately. The baby is too young to have established a bond with any of the cats yet. Plus, I have plans for her to bond with a loner cat later… to help welcome that cat and make her finally feel more at home in the family.

“Giving” baby Lyla to Hazel would totally throw off my plans in that regard.

I’m leaning in this direction. But, I want to make it compelling and genuine — not some sort of cheesy plot device…

You know what I’m talking about — those scenes where a character does something frustratingly stupid and puts themselves right into the line of danger for no apparent reason. It’s designed to create tension, but there’s no compelling reason for the character to behave that way, and you want to throw up your hands and scream “what are you doing???” Well, that’s what I’m trying to avoid.

One possibility is, Piper is just in the wrong place at the wrong time. She ventures into the hallway to get a glass of water during the night — totally unaware that anything is going on outside her room — and the kidnappers bump into her on their run out of the house with the baby. Being opportunistic, they snatch her up, too, for a bigger ransom.

Another possibility is that Piper isn’t involved in the initial kidnapping… but one of the kidnappers comes back to the house for revenge when their plan is foiled. Then, everyone in the house is in real danger.

I’d like to include an element of this type of tension, too. And what I’m thinking is, there may be a warning from the oldest cat in the house, Mini…

Mini used to live on the streets, and is always telling stories about the dangers outside the house, to scare the other cats. Maybe she would have a “sky is falling” attitude and forewarn that after the baby is missing, the family will be so distraught that they won’t interact with the cats anymore. Won’t play with them or give them treats, and life will be completely different unless they get the baby back.

This may play a role, too. Hazel is young and anxious to explore (and to catch a bird outside), and initially runs out the front door just on impulse. And maybe once she’s out there, despite her nervousness, the pull of the cat’s curiosity will be too much to resist. The search to find baby Lyla will just be a convenient excuse that she gives to her feline housemates in order to indulge in her own journey.

Or, maybe it will be some combination of all these possibilities — or, something I haven’t thought of yet.

But that’s the struggle for a writer sometimes. Ideas don’t always flow. Sometimes you have to make difficult decisions in terms of what to include, what to cut, and what to radically change. And there’s an ever-present tendency (at least for me) to wonder if you could have done better…

That’s part of the challenge. But, by choosing to continue forward, even without knowing every detail yet, eventually the answers will come. At least, that’s what I’m hoping will happen.