How I repeatedly fail at being J.K. Rowling 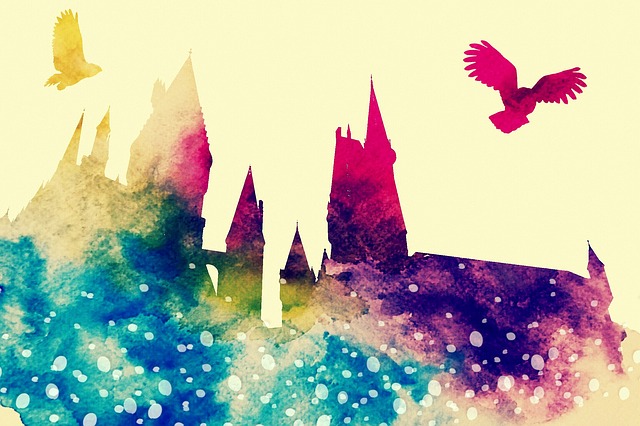 Throughout the process of writing my books, I repeatedly fail at being like my idol J.K. Rowling… and, it’s probably what you think…

I’m not talking about having my first books become a worldwide phenomenon… or of striving to earn billions of dollars like she did (one can only hope, right?)…

Instead, my expectations are fairly humble. I don’t necessarily need to sell my books to the entire world — I just want to find a small crowd of people who really, genuinely enjoy them.

So, when I say I fail at being like J.K. Rowling, here’s what I mean…

I mean that I fail at using the same process she does, at planning and mapping out a brilliant story ahead of time.

You see, J.K. Rowling mapped out much of the plot of the whole Harry Potter series before she even started writing them.

I wish I could do that. After all, I’m a planner at heart.

In the fiction writing world, we use the terms “plotter” and “pantser” to describe different writing styles.

As you can probably imagine, a “plotter” is someone who plans the plot out ahead of time — who uses detailed notes, and tools such as outlines or even storyboards — to figure out what’s going to happen before they start putting pen to paper or fingers to keyboards. Then, their writing mostly follows their outline.

A “pantser,” on the other hand, basically means someone who “flies by the seat of their pants.” They don’t plan anything ahead of time. Instead, they just sit down and write, without knowing how the story will end, or even what comes next in the chapter they’re currently working on. Ideas come to them as they work, and they seem to enjoy the whole process of spontaneous creativity.

Most writers fall somewhere in the middle, and I’m no exception. But, in my heart, I have a desire to be a plotter.

Maybe that stems from the way I live my life in general. I like to plan ahead. I like to know what’s going to happen, and to have outlined steps for reaching my long-term goals.

I use my Passion Planner religiously, noting down everything I need to get done that day, that week, that month. Then, I enjoy the satisfaction of crossing out each to-do item as I complete it.

I would love to carry over this planning nature into my fiction writing. And, I’ve certainly tried to…

But, after a few years of on-again-off-again fiction writing, I’ve learned something…

No matter how much I want to plot my whole book ahead of time… for some reason, creativity doesn’t work that way for me.

And actually, by trying to fit it into that box, I often stifle my own creative efforts. I write down “so-so” ideas when I plan ahead, and then cling to them as if my initial plot outline is infallible. But of course, that never gets good results.

Instead, here’s what the process looks like for me…

In other words, I have to feel my way through it as I go. I only get a little bit done at a time, coming up with the story piece by piece.

And a key factor is this: I have to get started in order for the next pieces to be revealed to me.

In his book On Writing, Stephen King had a good analogy for this. He compared it to uncovering a fossil.

You start with broad-sweeping strokes, getting down to the skeleton. Then, you have to go in with finer and finer brushes, uncovering a little bit more detail at a time. And as you get into the finer details, you have to use finer brushes and work slowly.

And for me, that’s how it seems to work – no matter how much I’d like to plot everything ahead of time. It seems to be a matter of letting go of control, and just accepting the fact that I often have no idea how things will turn out.

To focus on each moment of the process… and have faith that, if I put my best into each little piece, the whole thing will turn out well in the end.